7 Lucrative Storytelling Principles That Helped Me 10x My Marketing

Employee Compensation Options, Near and Long-term

Needing Deodorant, Curie Founder Made Her Own 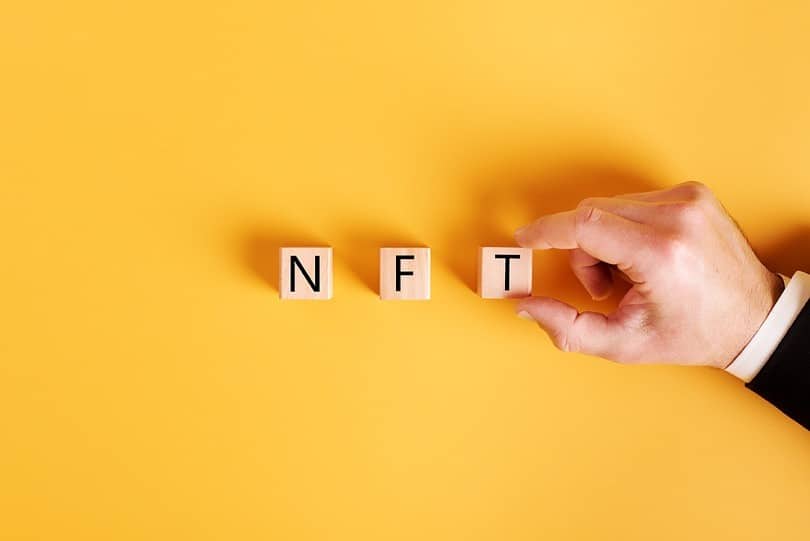 Since 2019, several News channels from across the globe have covered the boom experienced in the cryptocurrency market. Many people previously made and lost money when trading cryptocurrencies as the market was heavily in continuous turmoil. But thanks to the emergence of Bitcoin and Ethereum, many strange and creative innovations have come about.

One such innovation is the invention of a blockchain-based technology known as NFT (Non-Fungible-Token). This innovation is similar to cryptocurrency as it relies on blockchain to maintain a record of the transactions. Currently, NFTs are being widely used in the trade of digital artworks ranging from a snapshot of the first tweet ever made by the CEO of Twitter to video footage of the latest NBA dunks. These digital artworks are sold for millions of dollars and aren’t the only ones.

An NFT is a non-fungible token that validates the owner or creator of a digital art piece. This is done through the help of blockchain technology. Blockchain is a technology that works as a decentralized ledger that records transactions on a series of computers connected across the internet.

Suppose you have 10 computers maintaining the ledger, and now, if you make a transaction, such as to sell a digital art piece to a buyer, then that transaction and its details will be recorded on this ledger. Once an entry has proceeded in this ledger, no one can alter or erase it till the transaction has been completed.

Are you wondering what this accomplishes? Are we just recording information on multiple computers for nothing? Not exactly. By using blockchain, digital creators can post or publish their work online and not worry about any piracy or theft issues since each NFT has a unique code. The code is developed through a mathematical algorithm that assigns a unique hash code that is transmitted to every blockchain server.

Now, in the future, if anyone attempts to recreate the valued NFT and sell it as their own, it will show as a counterfeiter since their NFT won’t have a unique hash code. Hence, when an NFT is checked for authentication, the blockchain servers will show that it is not authentic and is owned by someone else.

Cryptocurrency works as a decentralized currency whose per unit value, along with the owner’s name, is saved on the blockchain. The main difference between cryptocurrencies such as Bitcoin and an NFT is that a cryptocurrency is interchangeable while NFTs aren’t. For example, you can swap a Bitcoin for any other cryptocurrency, such as Ethereum tokens that meet the same value. But with an NFT, there is no way to trade them as each NFT has a unique dollar value. Some may even be worth millions, while others can be sold for as little as $5.

Another thing that sets NFTs apart from cryptocurrency is having certain conditions or values added to them as a term for monetizing art. Suppose you have a digital art piece for an NFT. Now that NFT can store things on the blockchain ledger that a cryptocurrency cannot. Things such as the name of the original creator, date of creation, name of people who have bought it earlier and at present possess it. While even more complex conditions and terms can be applied, which has gained much prominence, each time an NFT is sold or resold, the original creator gets a share from each sale.

This has vast implications for digital creators as it becomes hard to track intellectual property on something as significant as the internet without the help of a decentralized ledger that is used in blockchains.

According to Bloomberg Business, the NFT Market grew to a value of almost $40 Billion in 2021. And we expect that it will grow further as blockchain technology advances and the world begins to adopt NFTs as the new fine art market. Below, we cover the trends introduced in the NFT Market in 2022.

By community branding, we don’t mean that the world will start creating brands for their own communities since that’s already happening. Community branding implies that the community will control the brand rather than the people running the brand itself. This will create opportunities for creators to instill a piece of their creative genius into a design or brand they believe in. And by doing so, they will create bold designs that were never thought of by the original brand before.

For example, the “Bored Ape Yacht Club” is a compilation of 10,000 unique Ape NFTs that are designed by the people, for the people. This is a brand that was unheard of before 2021, and currently, it has signed partnerships with huge brands like Adidas. All because the community supporting the Bored Ape Yacht Club created fresh and unique designs.

One complication that can arise in a digital world like the Metaverse is ownership. People are already buying virtual real estate to promote their brands globally. But how exactly does a computer know who owns which digital asset in a collection of possibly trillions and billions? Through the same NFTs, we’ve covered in the earlier passages.

A virtual reality world can maintain a record of sales and purchases made across the Metaverse and similar projects with impeccable accuracy by using blockchain technology without human intervention. Even new or further transactions will occur similarly, and due to no human/ manual major data entries, the blockchain tech hence will prove safer and secure.

Music creators are one of those communities that will benefit the most from the inclusion of NFTs in the intellectual property market. Since NFTs provide the chance to make your mark on your work forever, music creators will benefit from the implications NFTs will have against online music piracy. And thanks to that, Music creators will be paid exactly what they’re owed each time their tracks are played. What’s more, NFTs in Music will allow die-hard fans the chance to purchase limited-edition tracks from their favorite artists without having to worry about the exclusivity of their purchased soundtracks.

Have you ever bought something in an online game and regretted it five minutes later? Maybe it was a mod for a weapon or a skin for your avatar that just didn’t look as nice during gameplay? This is one of the things that NFTs can fix, and that’s barely scratching the surface.

Major game creators like Ubisoft have already invested in blockchain technology that allows their gamers to purchase and unlock items with intrinsic value. Allowing you to even sell these items in a secondary market to earn back some of the money you’ve spent on the game. Furthermore, creating several opportunities for people who want to earn money from playing games. Letting them sell their accrued virtual assets online once they’ve been unlocked and assigned an NFT will grant them this opportunity.

With the advancement of interactive characters, such as Apple’s Animoji, we can rest assured that the entire digital world will begin creating virtual characters for its users. And one way these can be made unique for premium artists is by creating personalized NFTs that display while performing. These NFTs can be anything from a simple image video animation to even alive and interactive characters. This will have implications on how much money is invested in the Music NFT market and could impact several other things that are yet to be discovered.

Guest author: Nathan Enoch Burridge has been a part of the Digital Marketing Industry as a writer for years. His passion is to help people in every aspect of online marketing flows through his in-depth expertise with the industry and current employer Website Turbix. Nathan Burridge is also an author for several niches, including tech blogs. He likes spending time with his family, studying cultures, volunteering, and working for positive change. Follow him on Facebook, LinkedIn, Twitter, Medium.

Cookies Are Out, Conversions APIs are in: How to improve ROI on FB, Google & TikTok Ads