Should Guest Post Links Be Marked Sponsored? Ask An SEO

Add Me To Search: How To Create Your Google People Card

How To Turn Around Failing SEO with Cydney D’Costa [VIDEO] 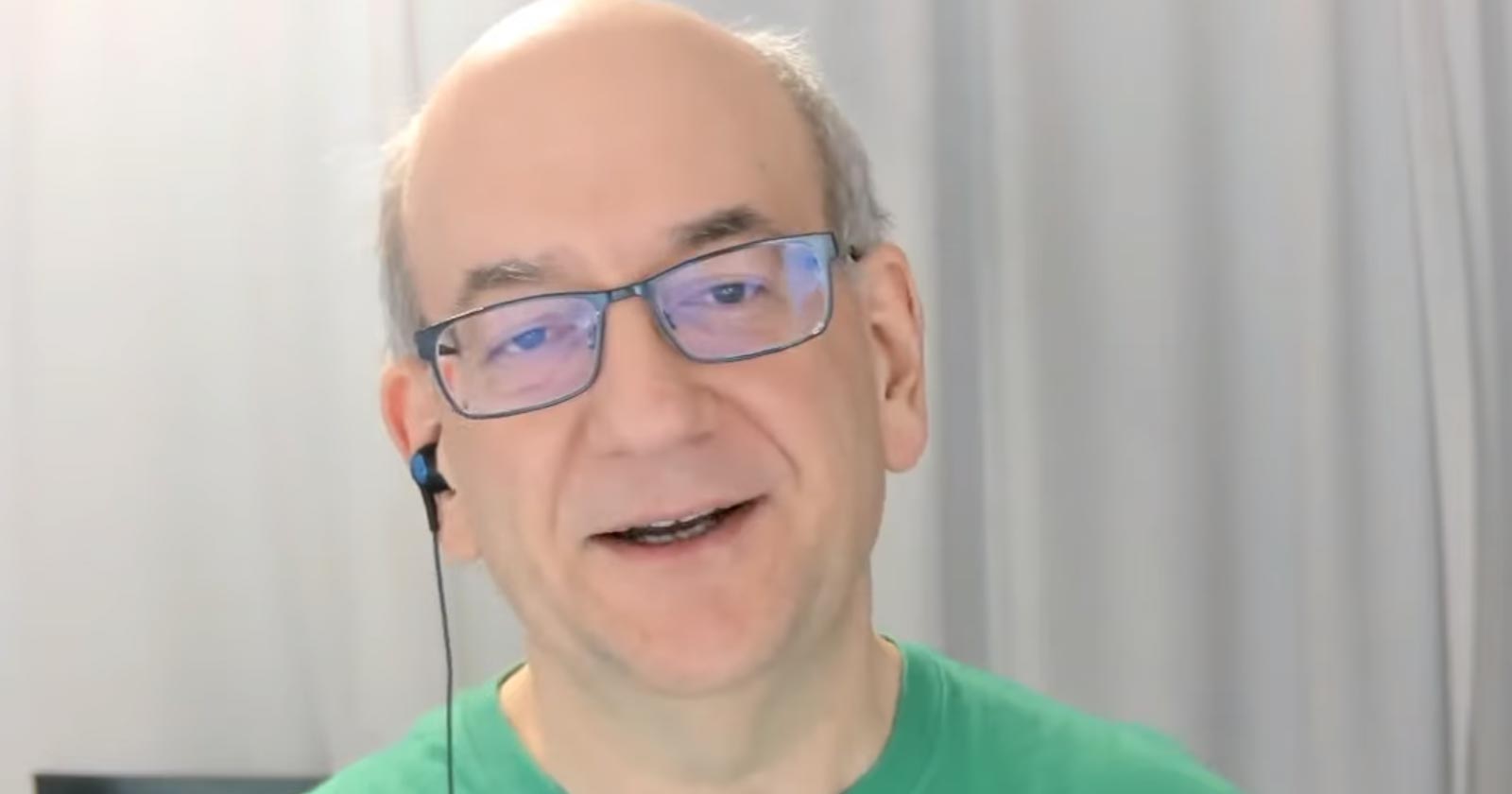 There is a longstanding idea in the SEO community that Google uses mentions of a website as a form of link.

One version of the idea is that if someone publishes a URL like this, https://www.example.com but without making it a link, that Google probably counts it as a link. This is the unlinked URL idea, that a published URL can be used as a link by Google.

The unlinked URL idea subsequently evolved into the idea that if a website mentions another site’s brand name,  that Google will also count that as a link. This is the “brand mentions” idea.

But there was never any evidence of that until around 2012 when Google published a patent called Ranking Search Results.

The patent was several pages long and buried deep in the middle of it was the mention of an “implied link” being used as a type of link, which was different from an “express link” which is described as a traditional hyperlink.

The phrase “implied links” only occurs a couple times in this one paragraph. 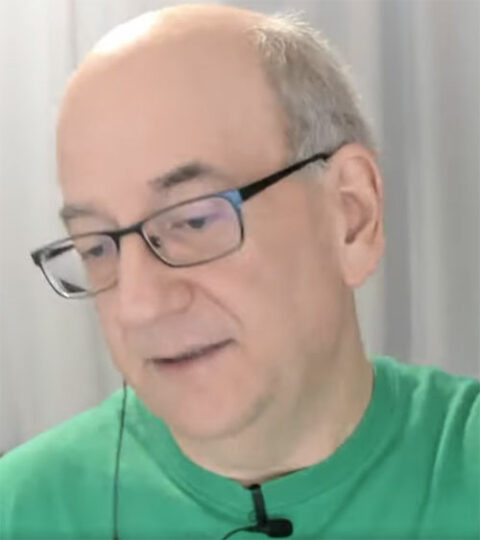 To understand what the authors meant by an implied link you have to scroll up the page back to a section labeled “Background” where the authors explain what all the patent is about.

These are the two most important factors discussed in the patent:

The patent explains without ambiguity that this second type of link is a search query that uses a brand name, what the SEO industry calls Branded Search Queries.

Where the patent makes a reference to a “group of resources,” it is referring to a group of web pages.

A resource is a web page or a website.

A group of resources is a group of web pages or websites.

When the patent mentions a “resource” it’s talking about web pages or websites.

For example, a term that refers to a resource may be all of or a portion of a resource identifier, e.g., the URL, for the resource.

For example, the term “example.com” may be a term that is recognized as referring to the home page of that domain, e.g., the resource whose URL is “http://www.example.com”.

Thus, search queries including the term “example.com” can be classified as referring to that home page.

As another example, if the system has data indicating that the terms “example sf” and “esf” are commonly used by users to refer to the resource whose URL is “http://www.sf.example.com,” queries that contain the terms “example sf” or “esf”, e.g., the queries “example sf news” and “esf restaurant reviews,” can be counted as reference queries for the group that includes the resource whose URL is “http://www.sf.example.com.” “

The above explanation defines what the authors call “reference queries.”

A reference query is what the SEO community refers to as branded search queries.

A branded search query is a search someone performs on Google using a keyword plus the brand name, the domain of a website or even a URL, which is exactly what the patent defines as reference queries.

What the algorithm described in the patent does with those “reference queries” (branded search queries) is to use them like links.

The algorithm generates what’s called a “modification factor” which modifies (re-ranks) the search results according to this additional data.

The additional data is:

1. A re-count of inbound links using only “independent” links (links not associated with the site being ranked.)

2. Reference queries (branded search queries) are used as a type of link.

Here is what the patent states:

What the patent is doing is it is filtering out some hyperlinks in order to only use independent links and also to use branded search queries as another type of link,  what can be defined as an implied link.

How the Idea of Brand Mentions Was Born

Some in the SEO community took one paragraph out of context in order to build their “brand mentions” idea.

The paragraph begins by talking about using independent links for ranking search results, just as is described in the background section of the patent.

“The system determines a count of independent links for the group (step 302).

The above statement matches exactly what the entire patent talks about, independent links.

The next section is the part about “implied links” that has confused the search industry for the past ten years.

Two things to note in order to more easily understand what is written:

This is what the patent says:

“Links for the group can include express links, implied links, or both.

An express link, e.g., a hyperlink, is a link that is included in a source resource that a user can follow to navigate to a target resource.

Thus, a resource in the group can be the target of an implied link without a user being able to navigate to the resource by following the implied link.”

The key to what an “implied link” is contained in the very first mention of the phrase, implied link.

Here it is again, with my emphasis:

“An implied link is a reference to a target resource…”

Clearly, the use of the words “reference” is the second part of what the patent talks about, reference queries.

The patent talks about reference queries (aka branded search queries) from the beginning to the end.

In retrospect it was a mistake for some in the SEO industry to build an entire theory about brand mentions from a single paragraph that was removed from the context of the entire patent.

It’s clear that “implied links” are not about brand mentions.

But that’s background information on how “brand mentions” was popularized. 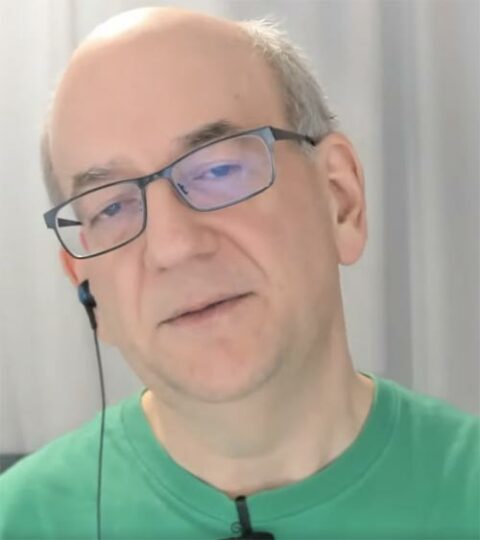 The question about brand mentions had a lot of background information to unpack. So thanks for sticking around for that because knowing it is helpful to understanding the question and John Mueller’s answer.

Here is the question that was asked:

“In some articles I see people are speaking about unlinked brand mention.

I want to know your opinion in this case.

The concept of “brand mentions” appeared to be  unclear to John Mueller.

“How do you mean, “brand mentions?”

The person asking the question elaborated on what he meant:

I think that’s kind of tricky because we don’t really know what the context is there.

I mean, I don’t think it’s a bad thing, just for users.

Because if they can find your website through that mention, then that’s always a good thing.

But I wouldn’t assume that there’s like some… I don’t know… SEO factor that is trying to figure out where someone is mentioning your website name.”

Brand Mentions Are Not an SEO Factor

John Mueller confirmed that brand mentions are not a search engine optimization factor.

Given that the foundation of the “brand mentions” idea is built on one paragraph of a patent that’s taken out of context, I would hope the SEO community will set the idea that “brand mentions” are an SEO factor.

But brand mentions are not an SEO factor.

One last note about the patent that mentions “reference queries.”

It’s important to understand that something isn’t necessarily in use by Google just because it appears in a patent or a research paper.

Google could be using it or maybe not. Another consideration is that this is an older patent and Google’s search algorithm is constantly changing.

How to Calculate Churn Rate + 9 Ways to Decrease It